Transcript: 2021 is just underway and Tiesto is once again topping the charts here. This time with a track called “the Business”. So a good time to look at what the business in cloud in 2021 will be about.  For example, how will leading cloud providers be able to maintain their unprecedented growth rates during 2021?
*As always our disclaimer: “These thoughts and views are my own and do not represent those of my employer”

W hen looking at this years product and technology announcements at the annual customer events of the leading cloud providers, it is a bit of deja vu, it feels like more of the same. More and faster instance types, more deployment locations, be it new regions and new (local of global) zones, more refinement of existing products in areas like serverless, AI and machine learning and of course another bunch of Kubernetes distro’s. But technical refinement typically does not lead to exponential growth. 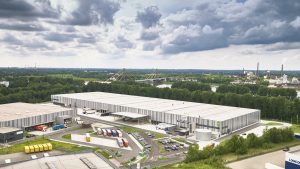 My feeling is that the more disruptive cloud news this year could be found in the partner track of one of the cloud leaders. Although that news was presented as a list of new features and refinements to that providers cloud marketplace offering, the underlying story seemed to be much more about the cloud provider taking a page from the playbook of its parent retail company. Namely, that exponential growth can be more easily achieved by accommodating third party sellers. A principle that was also, be it briefly, mentioned in the close to three hour CEO keynote of that provider under the heading: “Acknowledge that you can’t fight gravity”.

Extrapolating the above approach, indicates that the growth strategy of this provider wont be simply working itself further up the cloud stack from IaaS via PaaS to SaaS. This providers journey started with first creating and largely capturing the IaaS (Infrastructure as a Service) market, to then – in step two – add an increasing number of PaaS capabilities. Thus annexing or consolidating the smaller but already existing PaaS market into a market now referred to as CIPS  ( Cloud Infrastructure and Platform Services).  If simply moving up the cloud stack , the third expected logical step would then be to proceed towards adding self build or acquired SaaS solutions.  After-all,  SaaS still is and always has been the largest segment of cloud market from a revenue perspective, which makes it a hard to resists and tempting opportunity. But also a  extremely fragmented opportunity with many thousands of niche and vertical solutions and only a few big tasty chunks in the form of HR, CRM, ERP and Collaboration offerings.

When instead of simply moving up the stack, the provider embraces the platform model popularised by its parent, there is no need to outright own these SaaS solutions. Getting a share of the sales, the distribution, the production (in the form of infrastructure hosting and application development), and the implementation (by makin g it  possible to also offer, resell and negotiate professional services through the same marketplace), the providers role in the SaaS economy can become a lot bigger, then when trying to do and own it all alone.

For many of today’s SaaS vendors it may feel a bit uncomfortable to have one (or more) of the current hyperscale IaaS/PaaS  gorilla’s, take such a central and essential role in their business and distribution model. Even more uncomfortable than their traditional worries about a hyperscaler launching a competing SaaS offering into their niche. The larger SaaS providers may decide (or in one case may have just decided and announced) to pursue a “Multicloud SaaS” strategy, making their offering – eventually – available on multiple hyperscale clouds. But for the smaller SaaS vendors this likely will be too costly to consider.

In a later cast I will have a look at how such as SaaS platform play also comes in extremely handy (or may be even required) once the market moves to a composable future. Where customers will expect to mix and match functional components from a multitude of what we now still consider independent software or  Saas vendors.

In short enough exiting twists and turns to contemplate and research during 2021, even if the underlying technology developments may seem to become more and more of the same.

The Business is a 2020 song by the well known Dutch DJ, Tiesto. DJs, unlike cloud providers, started their industry by distributing other people’s products. Simply by playing records from third party artists. But the professional DJ scene quickly  pivoted towards  becoming full fledged music producers, that create and  control most of their content themselves. With one notable exception, namely the vocals. Singing voices are still largely sourced from third parties, such as in the case of “The Business” from James Bell, an artist better known as YAMI. But the brand, the recognition (and the revenue) has shifted away from the individual performing vocalist towards the DJ or orchestrator.

To play the song, please click the below link  in the show notes.

Disclaimer: These thoughts and views are my own and do not represent those of my employer (per linked policy)